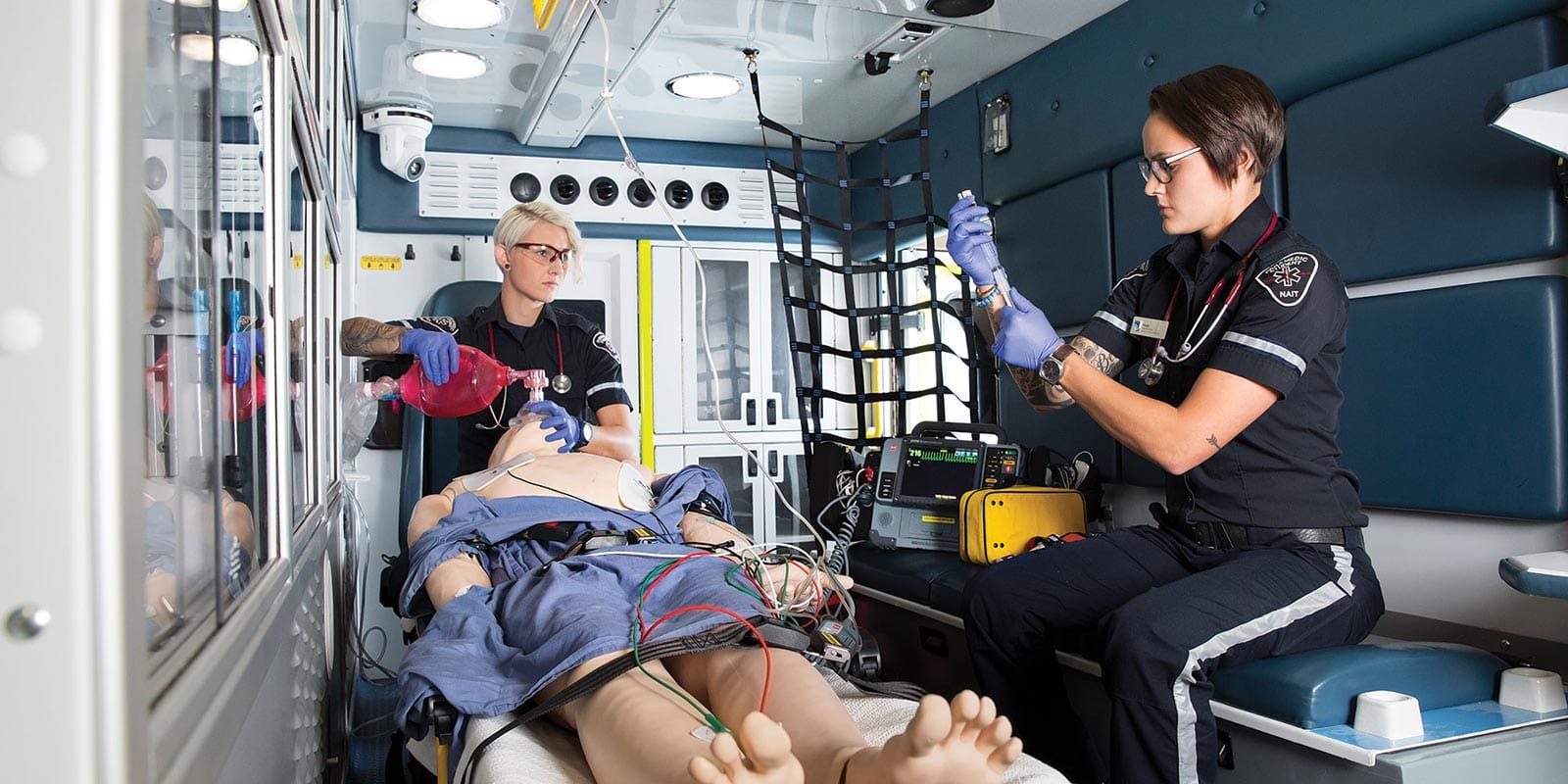 The siren wails as the ambulance snakes through traffic. In the back, Paramedic and Emergency Medical Technician (EMT) students are dealing with a cardiac arrest. They perform CPR then intubate the patient as the ambulance bumps through Edmonton neighbourhoods on the way to the University of Alberta Hospital.

Except for the real thing, it doesn’t get any more real than this.

It’s all happening within the walls of the School of Health and Life Sciences in the Centre for Applied Technology. The students are learning in a one-of-a-kind ambulance box simulator installed this fall, giving them the chance to respond to virtual, life-like situations.

Built on a motion platform, the box moves like seats in a 4-D movie theatre in sync with the terrain seen through the windows – monitors playing recorded urban and rural footage. The box creates the sensation of slowing down and speeding up to mimic road conditions.

The unit was custom built for NAIT by Sim Leader, a Canadian company that specializes in training simulators. According to EMT chair Keith Weller, there’s nothing like it in the world. “Many of our EMT students have never been in an ambulance before. This gives them the real-world scenario before they go on their clinical rotations,” he says.

Second-year paramedic student Stephanie Fedoruk (pictured above, right, with Ciara Lucas) says she will be more confident entering the field because of the simulator. Difficult skills, such as intubation, can be even harder in an ambulance, she points out. “NAIT is good at pushing you to learn how to respond in any possible scenario,” she says.